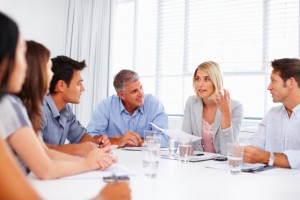 With Cullinane Moretta helping you, using our experience, expertise and our track record for optimising TEAM performance you will benefit from the perspective and viewpoint which only an outsider can bring: We have a robust measurement that will demonstrate your team's success.

If you would like to improve your team's performance, we would be delighted to meet with you for a no obligation discussion. If we can help, we will suggest some interventions for you to think about.
Arrange Free Consultation

Benefits of a High Performing Team

The myth of the heroic lone ranger CEO continues

ADD CONTENT HERE
‘Our mythology refuses to catch up with us. We cling to the myth of the Lone Ranger, the romantic idea that great things are usually accomplished by a larger-than-life individual working alone. Despite evidence to the contrary-including the fact that Michelangelo worked with a group of 16 to paint the Sistine Chapel-we still tend to think of achievement in terms of the Great Woman or the Great Man, instead of the Great Group.’ Bennis

All of this contributes to underperformance: lower profitability, slower growth, difficulty retaining good people in the organisation.
We would be delighted to meet with you for a no obligation discussion. If we can help, we will suggest some interventions for you to think about.

Please email Don Cullinane, Managing Director on don.cullinane@cullinanemoretta.com or ring +353 (0)86 283 5920 and I will get back to you promptly.
Arrange Free Consultation
Our Team